Dessert Caviar (and my first ever video)
Meeting Don Rosa 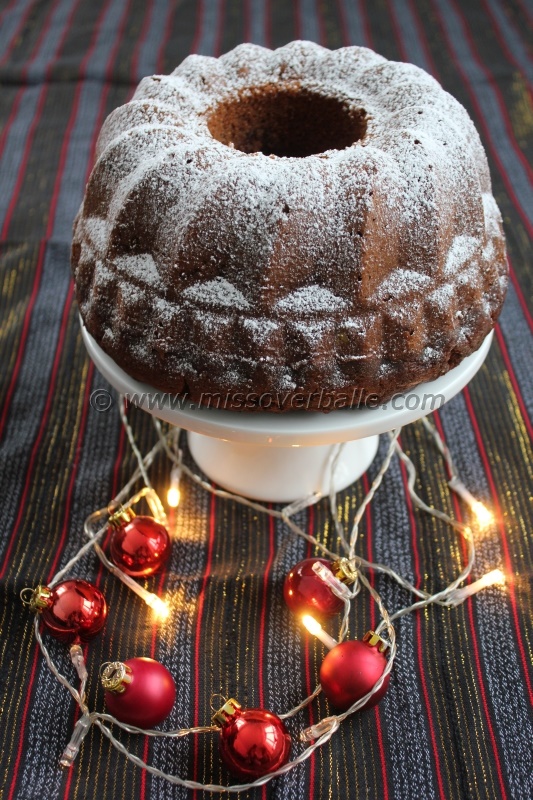 December is halfway through, and I haven’t posted here for about a month. It is not that I don’t bake and it is not that I don’t want to blog, but I never seem to get around to taking pictures of the baking (sometimes I forget, sometimes I’m too tired and sometimes the baked goods didn’t turn out as pretty as I wanted them to) and a baking blog without pictures is a sad, sad thing.

This post will be sort of a life update, and then a recipe for spice cake – if you don’t want the life update, just scroll down to the recipe.

Since my last post (in which I described in detail my meeting Don Rosa) I have been quite busy at work, I have had a terrible cold (coinciding with the only, all too short, snow we have had), Kristian has started work, I celebrated my birthday, I got Christmas vacation from work, Kristian and I celebrated our anniversary and Thursday was my birthday.

Lets begin with the cold (and the snow). 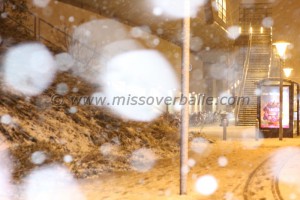 When I came home from work on Friday November 20th my throat was sore (Kristian had been sick all week,  so no surprise there). When I woke up Saturday morning I felt awful, and cancelled our plans in the evening, and spend the day inside feeling like crap. During the afternoon it began snowing, and after dinner I decided I needed to go outside and stand in the snow (which was set to disappear the next day), so I put on lots of clothes and went outside with my camera. I love, love, love snow, and so far that afternoon/evening is all the snow we have had. 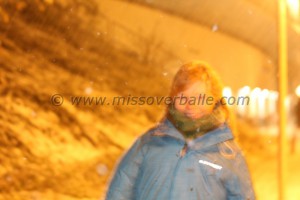 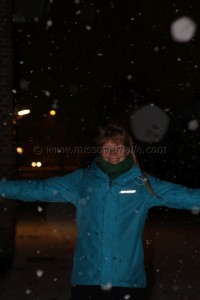 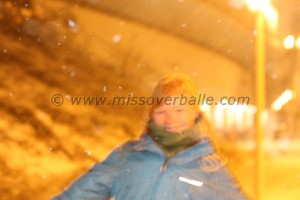 I was sick from the cold until Friday, so almost an entire week. (And now, my nose is runny and my throat is scratchty… again.).

On December 4th I had invited lots of friends over for homemade aebleskiver, which is basically a spherical pancake, traditionally served in December in Denmark. (I will post a recipe soon). 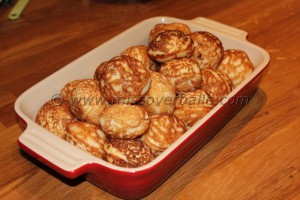 It was great seeing my friends, I don’t get to see most of them as much since leaving the university. Now I am looking forward to celebrating New Years with some of them!

On Friday December 11th I had my last day of work before Christmas vacation, and I spend the entire evening baking and the entire Saturday decorating a christening cake for Sunday for one of my friends. (I will post pictures in a separate post). Incidentally, my department had their Christmas party that Friday night, where I, while absent, won a prize for greatest achievement in a non-sport discipline – for baking cakes. I’ve been there 7 months, and I am already the cake girl – I think that’s kind of cool!

Tuesday, the 15th, Kristian and I celebrated our 10 year anniversary. It is kind of weird, on one hand I don’t understand it’s already been 10 years, on the other hand I have difficulties remembering when he wasn’t a part of my life. We celebrated with dinner in Tivoli in Copenhagen (as we have done often before).

Wednesday I baked 5 types of Christmas cookies with a friend, and completely forgot to take pictures of them…

Thursday the 17th was my birthday (29 years!), which I celebrated with a lovely dinner with some family (and found out that having 12 people over for dinner in our new apartment is no problem at all), with a delicious brownie for dessert – which I forgot to take a picture of…

And now Kristian has Christmas vacation as well, which is great!

Last, but not least, the spice cake recipe:

This recipe is my mother-in-law’s and she bakes it every Christmas. Usually it is baked in two loaf tins, but it can also be baked in a bundt pan as in the picture. The dusting of powdered sugar is totally optional, but it does look pretty on a bundt!

Beat the butter and sugar thouroughly. Add the eggs one at the time, beating after each edition. Flour and spices are mixed and added. The milk is added gradually, mix the dough thouroughly.

The dough is divided between two tins, and baked at 210 degrees celcius, for about an hour. Let the cake cool before cutting it. Dust the cake with powdered sugar if you like.

Dessert Caviar (and my first ever video)
Meeting Don Rosa