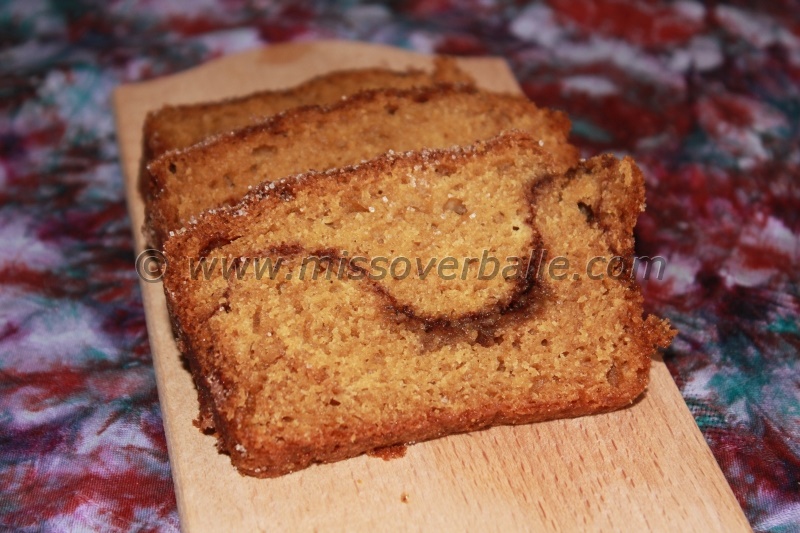 So, a few weeks ago I went to China. It was a business trip (my first ever), and Kristian actually talked me into going out and buying a suit for the occasion. I was a bit sceptical, but it turns out that suit pants (at least these) are really comfy! I usually fly in jeans (which has been my go-to comfortable trouser choice for years), but this time I took 9 hours of flight each way in suit pants. I didn’t even bring a pair of jeans!

But it is so good to be back! So naturally, I’ve made cake!

I found a recipe for Cinnamon-Swirl Chocolate Chip Bread on Sally’s Baking Addiction, omitted the chocolate chips, substituted vanilla extract for homemade vanilla sugar and used brown sugar in place of light brown sugar, and it was delicious!

I also used organic Sri Lanka cinnamon from my beloved ASA Spices! And I made some variations, but you will have to wait a bit for those :)

Mix the sugar and cinnamon for the swirl, and set aside.

Whisk the sugars and egg together until light and frothy. Mix the oil and buttermilk together, and add to the egg mixture.

Fold the wet ingredients into the dry ingredients, taking care not to overwork the batter.