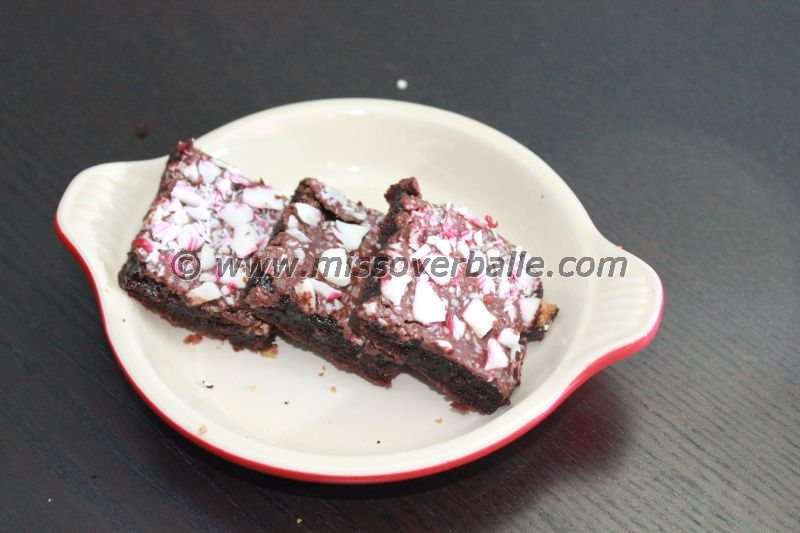 I wanted to try using After Eights in baking, and decided to variate over my olive oil chocolate cake, and I was quite pleased with the result.

My father dubbed these “After Eight Brownies”, my boyfriend tried changing it to “After I ate brownies”, but I preferred my fathers name :)

Mix all the dry ingredients in a bowl. Mix egg, milk and olive oil and add to the batter along with the boiling water. Mix thoroughly, before folding in the melted After Eights. Pour the batter into a 20×30 cm pan, and bake at 180 degrees Celsius for roughly 30 minutes, until a skewer comes out clean.

Now you can eat these as they are, or you can cover the cake with melted chocolate (I used roughly 100 g of dark chocolate) and sprinkle with 3 crushed candy canes.