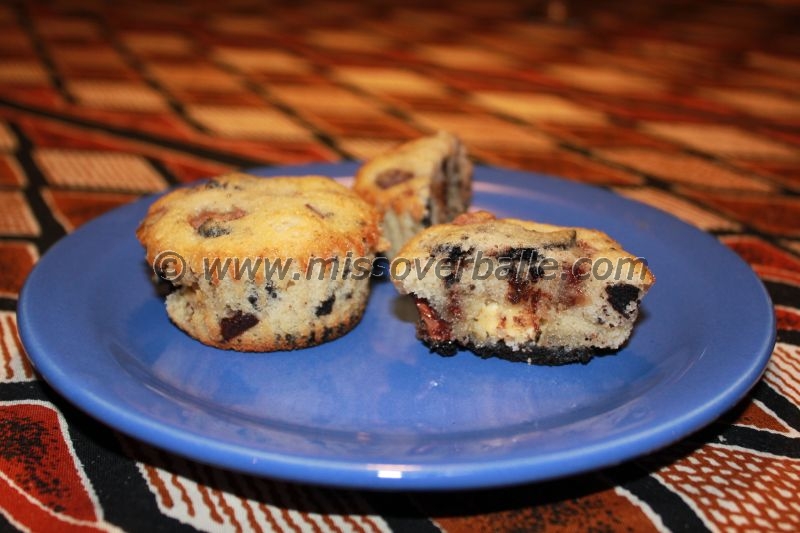 These were an immence succes. My father deemed them “candy” (and no worse for that) and my collegues loved them (at least they said they did).

I had been wanting to make oreo cupcakes for a while, and decided to make triple-chocolate-oreo-cupcakes. I found my inspiration here, and adapted the recipe to what I wanted. I used a pack of with 14 oreos.

First, line a muffin tin with paper liners, and seperate the oreos into halves, the filling remaining on one half. Place one halv oreo with filling in each paper liner, filling side up. now you will have two oreo halves with filling left over, I removed the filling with a knife and added it to the butter, but you could eat them insted, I won’t judge you. Now, chop up the remaining halves, and put them aside with the chocolates.

Beat butter and sugar (and oreo filling, if you didn’t eat it ;) ) until fluffy, and beat in the egg white. Mix the dry ingredients, and add to the batter alternating with the milk (a little of this and a little of that). When combined, stir in the chocolates and oreos. Divide evenly between liners, and bake at 180 degrees Celsius for 15-20 minutes, until a skewer comes out clean.